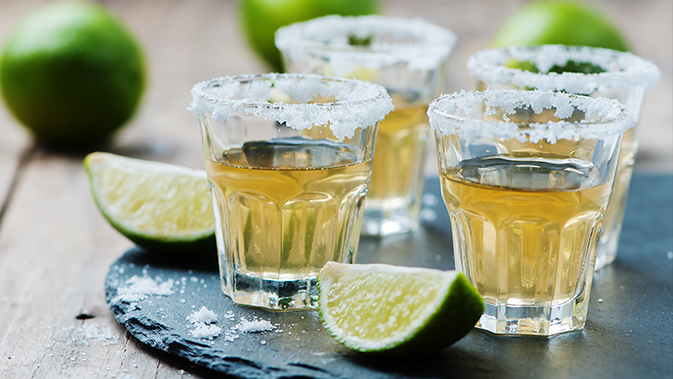 Who was the first to mix tequila, lime juice and orange liqueur? That is still a matter of debate among mixologists. What is not in doubt, however, is that the classic cocktail is now hugely popular around the world.

To make a Margarita you take two parts tequila, one part triple sec (orange liqueur) and one part lime juice, mix it all on ice in a shaker before pouring into a cocktail glass without the ice. Optionally, you can apply a layer of salt to the rim of the glass beforehand. To do so, dampen the rim of the glass with water, press onto a scattering of salt and your salted rim is ready. Only then should you pour the cocktail into the glass.

No one knows exactly how the Margarita was invented. The cocktail might have been first created in 1938 or 1939 by Carlos Herrera, a barkeeper in the Mexican city of Tijuana, and named after the showgirl Marjorie King. Others say the cocktail owes its name to the dancer from Guadalajara, Margarita de la Rosa.

The following explanation is much more likely, however: Sour cocktails – combinations of alcohol, citrus juice and sugar – have been known as ‘Daisy’ in the US since the nineteenth century. That’s almost exactly what a Margarita is, just that the sugar has been replaced by sweet orange liqueur. And the Spanish word for daisy is margarita.